Former Cardinal Newman student Emily Gascoigne, will be returning to her former College in style at the end of January as she will be officially opening the brand new St Francis Building.

After graduating, she completed an internship with the Royal Veterinary College, based in a private practice with Synergy Farm Health.

Newman Alum Emily was delighted to be asked to open the new building as she looks back on her time at Newman with great fondness: “My time at Cardinal Newman College provided me with the supportive environment needed to achieve my high academic goals. I was provided with pastoral and academic support from tutors and teaching staff who I credit today with my achievements. Whilst also being a nurturing environment, its location and ethos also promoted maturity, team work, organisation, punctuality and respect; all essential criteria in the work place and in the community.”

The St Francis Building, which was opened to students in September, will officially be opened on Wednesday 27th January at 3.30pm. Bishop Michael Campbell will also be attending the event to formally bless the building.

The latest addition to Cardinal Newman’s already fantastic facilities, is home to new state-of-the-art classrooms for Sociology and Maths, as well as housing yet another fantastic Costa coffee shop and excellent Open Learning spaces for students to use in their free time. All in all, another great addition to the Newman Campus!

The expansion comes as the College is also expanding its educational provision by offering a range of HE courses. As of September 2015, Cardinal Newman College has launched School Direct, which is an Initial Teacher Training Programme (ITT), run in conjunction with Edge Hill, one of the UK’s top teacher training universities. The programme allows students to spend the vast majority of their time in schools or college, learning directly from outstanding experienced teachers in situ and results in a secondary PGCE with QTS (Qualified Teacher Status). We have also launched Foundation Degrees in Teaching and Learning Support and Early Years, which are recruiting now for September 2016!

Principal Nick Burnham said: “We wanted the new building to be officially opened by one of the College’s many successful alums, and Emily is just that. As Emily is a practicing Vet and St Francis is the patron saint of animals and the natural environment, it seemed fitting that she open the brand new building at Cardinal Newman. We are so excited to officially be opening this fantastic new facility for our students, it is another great addition to our outstanding college; the state-of-the-art facilities are just one of the many reasons that we are the top college in the country!” 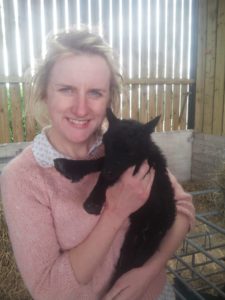