Former Cardinal Newman student Rae Morris has a soaring voice and a promising music career which is about to make her a star.

She has been signed to two major labels, Atlantic and Universal, and was talent-spotted for Universal by Caroline Elleray who also signed up Coldplay when they were up and coming.

Rae recorded one of her very first songs “Wait a While” at Cardinal Newman, where she studied English Literature, Music, Music Technology, Fine Art and Critical Thinking.

During her college days she became a popular performer on the music circuits in Preston, Manchester and her home town of Blackpool. As her heartfelt songs have been discovered and shared her profile has risen and risen.

In August 2011, the year she completed her studies, she played on the BBC Introducing stage at Leeds & Reading festival and her set was one of the most shared videos on the BBC’s festival website pages. Shortly afterwards Rae announced her first ever solo tour which took her to Oxford, London and Edinburgh.

February 2012 saw one her biggest announcements to date when she was confirmed as support for Noah and The Whale on three of their UK dates – playing with them at Manchester’s Apollo and the famous Royal Albert Hall and Shepard’s Bush Empire in London. In April, she also toured with Bombay Bicycle Club performing in her home town of Blackpool alongside upcoming artist Lianne La Havas.

She has recently released her EP “Grow” which was recorded with the help of Charlie from Noah and The Whale and she has just finished a stint as support act for singer Fink on his European tour. Early 2013 will see her complete her second solo UK tour. 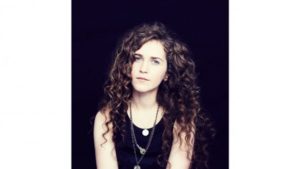