Cardinal Newman student Josh Eales, is off to Australia in September to play cricket professionally.

Josh, who is in his final year studying A Level Geography, Religious Studies and Sport & PE at Newman has been offered the chance to play for one of two teams over in Melbourne, being able to choose between Lillydale Cricket Club and St Francis De Sales Cricket club when he arrives in September.

He is contracted to stay for the duration of the Australian cricket season, which runs from September to March and will also have the opportunity to complete some coaching and umpiring whilst there.

Josh, formerly of Kirkham Grammar School, is no stranger to travelling to playing cricket, having played for Lytham Cricket Club for around 8-9 years as well as V & S Cricket Club, which has allowed him the opportunity to complete two tours of Trinidad and Tobago, representing the league and district teams as well during recent years.

We wish you every success in the future Josh! 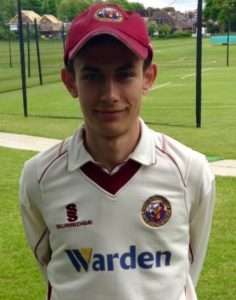