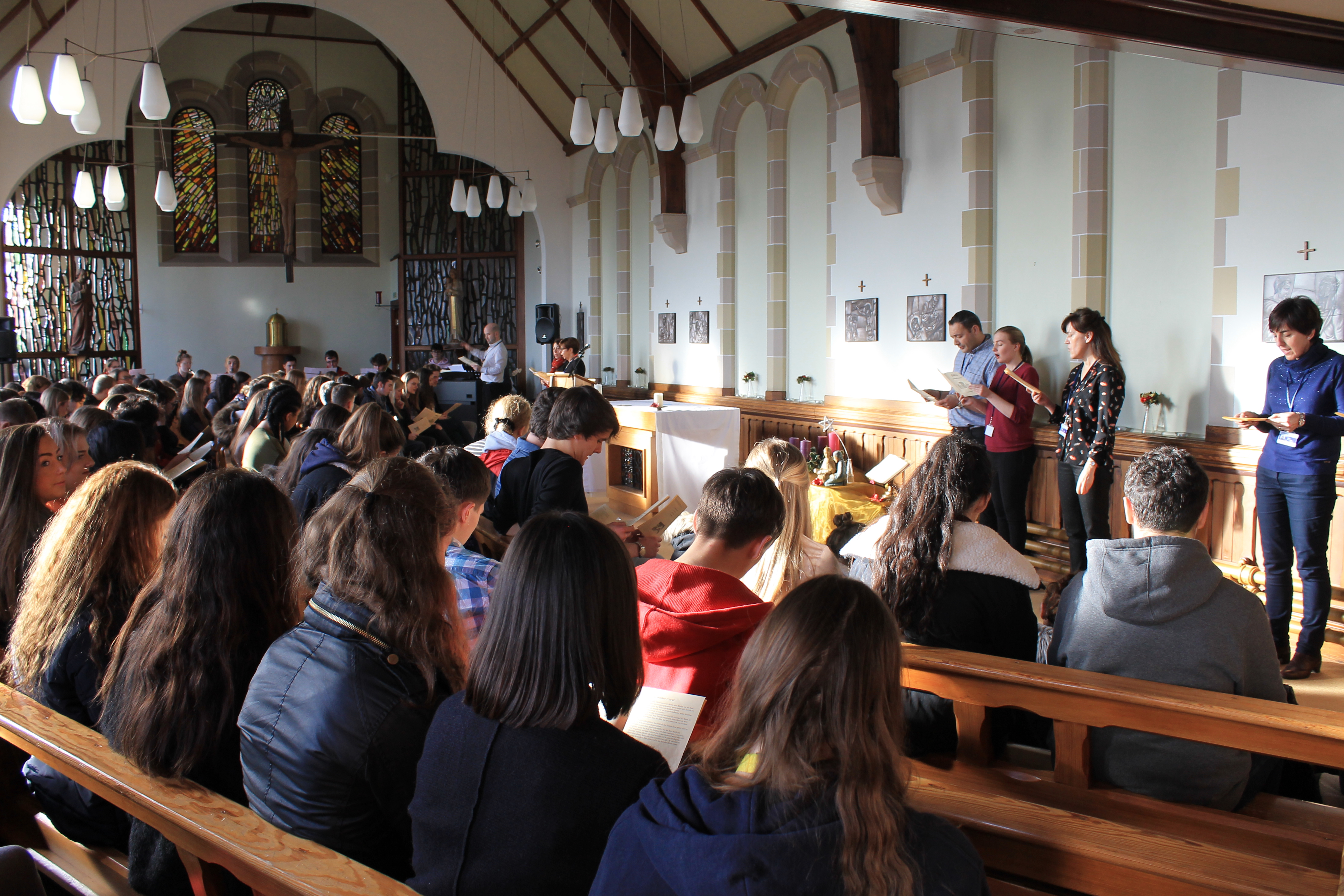 It has been a busy month at the College with lots of festive events organised, to help to get everyone into the Christmas spirit. We started the festive season with an Advent Vigil on Tuesday 5th December in the College Chapel, which was an opportunity for the College community to come together in quiet prayer and reflection. We then held our annual Christmas party for the local elderly on Thursday 14th December, which is an opportunity for local elderly residents to visit the College where they were treated to a Christmas lunch provided by Servest Food Co. and music from a variety of student performers, this year including Georgina on the bagpipes! After lunch there were also games of bingo and a raffle with some fabulous prizes to be won and even a visit from Santa! At the end of the party everyone was given a Christmas hamper to take away with them, which had been made up from donations brought in by staff and students at the College!

Charity fundraising is a big part of life at Cardinal Newman and particularly so at this time of year. This year the College joined in with Christmas Jumper Day with lots of students and staff coming dressed in their best Christmas Jumpers on Friday 15th December. We also had a range of stalls selling Christmas gifts such as Fairtrade and WoW bags, which are bags made from recycled juice cartons by poor communities in the Philippines.

Friday 15th December was a busy day as we also had our first ever Santa Stroll in aid of St Catherine’s Hospice in Preston. Organised by our Newman Active Team, who with the help of Sport England funding, are tackling inactivity in staff and students by arranging a variety of events and free sessions such as Yoga and Boxercise. The soon to be annual Santa Stroll saw almost 350 students and staff taking to Avenham park to join the 3K walk raising a fantastic £337.66! Thanks to all who took part and well done!

Continuing with our festive fundraising, Graphic Design and Digital Photography organised ‘Cookies About Christmas’ where they were selling cookies, cakes and festive treats to raise money for the Young Minds UK charity.

We have also been supporting Rock FM’s Cash for Kids ‘Mission Christmas’ Campaign, collecting toys and gifts for children of all ages. As one in four children in the UK live in poverty, for many, Christmas presents are simply a luxury that they can’t afford. That is why initiatives like this are so important, to help brighten the lives of those less fortunate at this Christmas time.

On Sunday 17th December our beautiful College choir took part in the annual Christmas Carol Service at St Wilfrid’s Church. It was a lovely service with the choir singing a mixture of traditional carols which left everyone feeling very festive and in the Christmas spirit. This was followed by our Modern Foreign Languages Carol Concert on Monday 18th December where our language department lead staff and students in song with traditional carols sung in a variety of languages, including Silent Night in German!

Keeping the Carol Concerts going, we then had our annual Carol Concert for staff and students in the College Chapel on Tuesday 19th December. It was a great final opportunity to come together as a community and celebrate before we break for Christmas. The carols were sung by the College choir and included O Little Town of Bethlehem, Hark the Herald Angels Sing and Once in Royal David’s City. We were also treated to performances by Drama students and BTEC Dance and Performing Arts students.

Wishing all our staff and students a very Merry Christmas! 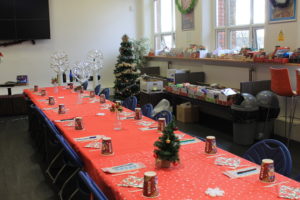