Katy Lenney joined Cardinal Newman in 2011 from King Edward and Queen Mary’s in Lytham. Studying A Levels in PE and Business Studies, Katy also studied a BTEC in Applied Science, before heading off to the University of Manchester to study nursing.

Katy has now started her first Staff Nurse post at Manchester Royal Infirmary on a general surgical ward, where she will be looking after people post-operatively as they recover from massive life-saving surgeries.

Now living in South Manchester, Katy is as busy in her spare time as she is at work, as not only does she play for a local hockey team, but she also volunteers at the nursing school, where, alongside her nursing school team, she was part of a record-breaking challenge in which over 1,300 people were taught CPR. But her bank of achievements don’t end there, the record-breaking efforts also won the group a social responsibility award for inspiring communities. Katy says: “I have been shortlisted for a special achievement award at the Nursing School for my world record attempt and the educational events that I have organised. I will also be representing the University of Manchester at the national heart-safe awards in October.” 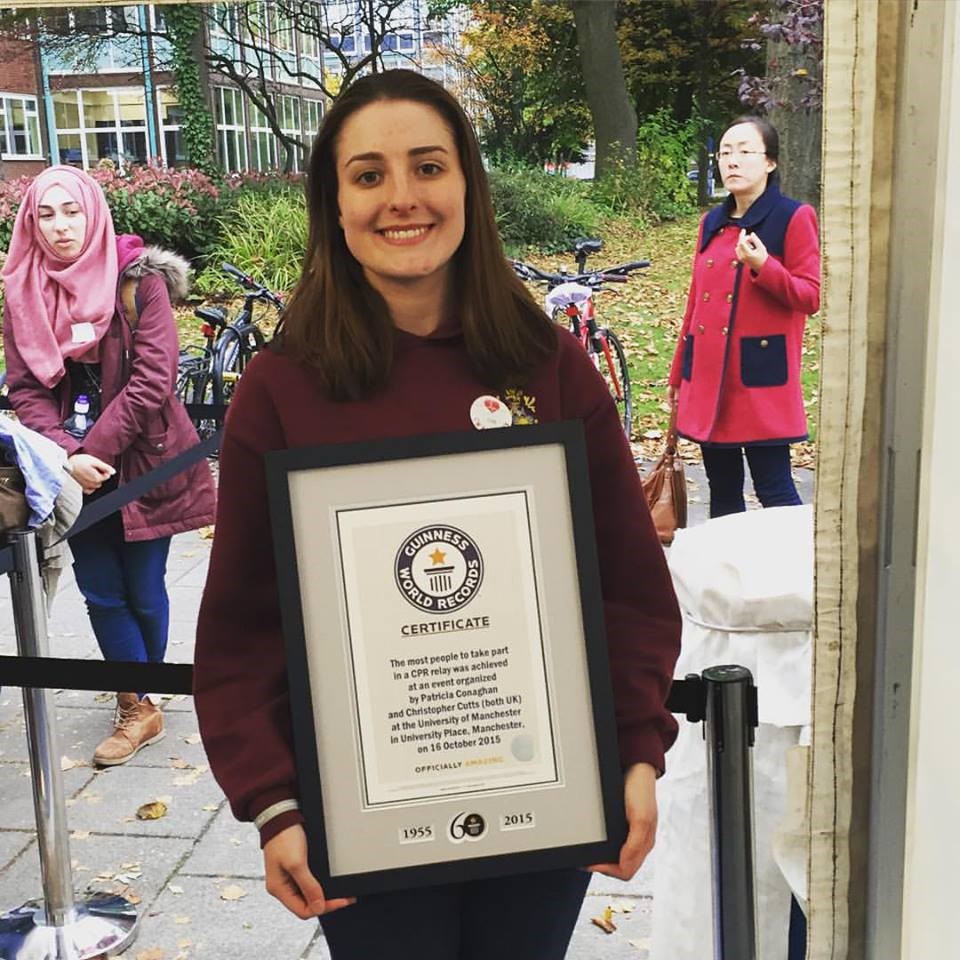