As part of our 40th Anniversary celebrations, our Performing Arts Department staged an original and brand new musical marking this special occasion! ‘Larks Ascending’ was a sell-out show, which drew praise from everyone who saw it!

Written by Performing Arts teacher Lee Johnson, it starred a cast of our Performing Arts students, charting the amalgamation of three schools to become the Cardinal Newman College that we know and love. Following the lives and loves of the first ever Newman students during their first term at the new college, as each of them faced their own challenges and tried to find their place in the world, they found escape in friendship, music, dance, art and the odd night out at Warehouse.

The music, which was supplied by our own wonderful music department came in the shape of popular songs from the 1970s, with performances ranging from artists such as Blondie, E.L.O, ABBA, Madness, The Undertones, Fleetwood Mac, the Carpenters, The Sex Pistols and Kate Bush.

Just some of the comments from the audience were:

‘We came to the show last night and we loved it! We thought the script was excellent and the story line fun, yet poignant…I felt quite emotional at times!’

‘I was absolutely overwhelmed at the talent your college possesses…The script was hilarious, interesting and shocking, it really was a great watch.’

‘Would just like to say how wonderfully talented all the performers were today! I attended Newman College in 1979 and it took me way back in time! Fantastically written…with sensational dancing and the band were incredible! Well done to everyone involved.’

Huge congratulations to all involved in staging this wonderful performance! We are already looking forward to next years’ offering! 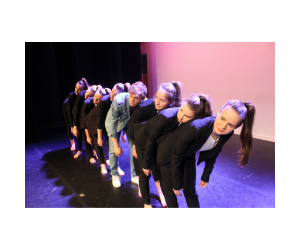