Former Newman student Holly Rawcliffe has been awarded National Soccer Coaches Association of America (NSCAA) All-American status and is only the second player in her team’s history to receive this accolade.

Holly, who studied Biology, Psychology, American History and PE at Cardinal Newman College, was awarded a soccer scholarship by Limestone College, South Carolina, where she is currently studying for a degree in Physical Education whilst playing for their women’s soccer team, the Limestone Saints.

Holly is in her sophomore year at Limestone College and has played in all 20 games this season for the Saints, racking up almost 1500 minutes on the pitch, scoring nine goals and three assists. Head coach Matt Smith said: “I am so happy for Holly being named to the All American team. To be named an All-American as a sophomore is very rare, but Holly is a rare player.”

Speaking of her time at Cardinal Newman, Holly said: “I knew Newman was the right College for me, as well as offering the subjects I wanted to study, I was able to play in the Girls Football Team where I developed my skills and met loads of new girls who have become really good friends.” 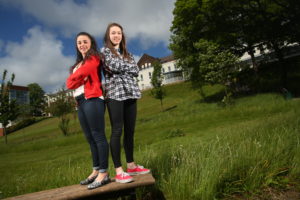