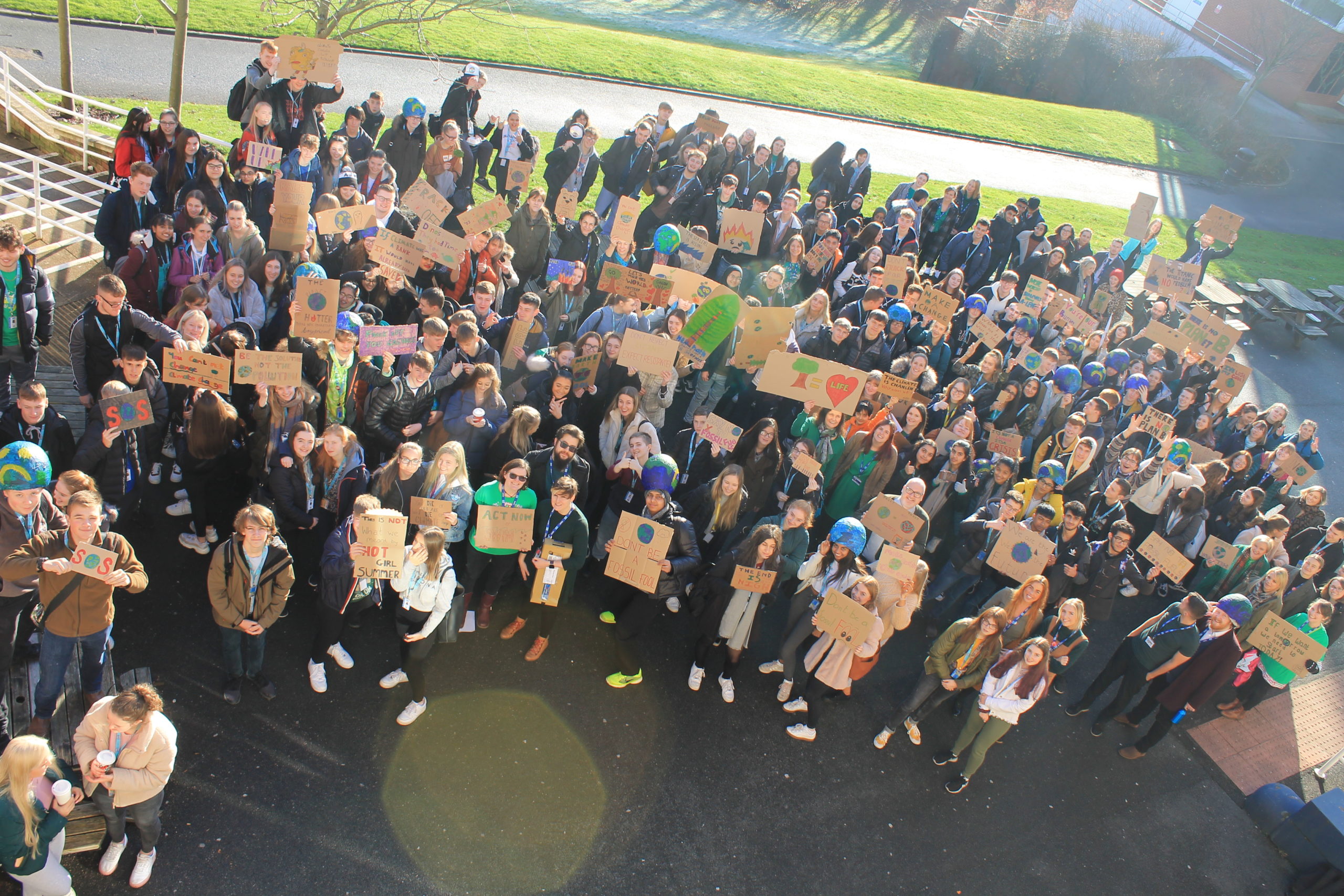 On Friday, hundreds of students at Cardinal Newman donned green clothing and joined together to show their support for the Global Strike for Future movement.

All over the world, young people are making their voices heard and calling on world leaders and Governments to take drastic action to aid the climate emergency that we all face. Global Strike for Future is a worldwide movement, inspired by Greta Thunberg’s #FridaysForFuture Campaign, where students go on strike from school or College to protest against the lack of action from world leaders on climate change.

As part of the College’s Newman Day celebrations back in November, staff from Maths and Ethics, Philosophy & Religion ran sessions centred around the Fridays for Future campaign, where they were also able to make placards to display on the ‘day of inaction’!

Students and staff from Cardinal Newman gathered outside the main entrance to the College on Friday in a show of solidarity with thousands of other young people around the world who were also taking action on Black Friday.

Three A-Level Ethics, Philosophy and Religion students gave speeches, addressing the many issues that the planet now faces and talking about how we can all take action to make a difference. The speeches made reference to the fact that young people cannot afford to sit by and do nothing about the future of the planet, as the future leaders and business people, they can be a positive force for change and for good. Daisy Garnett, Joe Elston and Cory Cleaton are all Year 13 students, who felt that they wanted to highlight some of the issues and solutions surrounding climate change, to motivate their fellow students so that we can all affect real change.

We also had a pledge wall, set up in the College’s Exhibition Hall, where students and staff could make pledges, big and small, of what they will do to help the environment. Ranging from taking shorter showers, to walking more and stopping using single use plastic, the pledge wall really took shape as the day progressed.

This is just one of the ways that the College is attempting to become more environmentally conscious, with other initiatives including having more water refilling stations around the College, to encourage staff and students to avoid using single use plastic and the latest Cardinal Newman pens being made from biodegradable materials. We hope that by standing together as the Newman community, we can begin to make a difference. 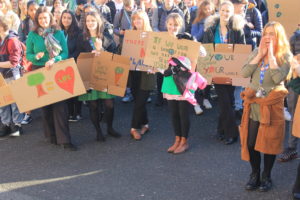