At the end of term 30 students from Film, Media and Communication and Culture were treated to a fantastic day at the Warner Brothers Studio Tour London – The Making of Harry Potter.

The Warner Brothers Studio Tour – The Making of Harry Potter, has preserved and showcased iconic props, costumes and sets, which allows Harry Potter fans to experience the magic of film-making first hand. The sets have been recreated adjacent to the working film studios, where all eight Harry Potter films were made, and the Studio Tour offers visitors the opportunity to explore two sound stages and a back lot filled with original sets, animatronic creatures and breath-taking special effects.

Our students were able to tour the film sets, seeing all the props and models used in the Harry Potter films, giving them a fantastic insight into the huge number of people and wide variety of jobs involved in making such a huge production; from architecture and construction, to graphics, animation and model making, to writing, designing, production and technical roles, the list is endless!

They were also treated to a special classroom session, which is exclusively for educational trips. Classes available include Script to Screen – where students are able to look at the journey of a film production from the script stage, to the final outcome on the big screen, focusing on processes including artwork, plans, white card models, storyboards and sets. You can also choose to study Camera Choices, which allows students to examine film sequences to develop their understanding of how a director communicates atmosphere, meaning and narrative.

Students and staff had a day to remember, coming back to College full of enthusiasm and excitement about what they had experienced. The trip built on and enhanced much of the work the students have done as part of their studies back at College and was a great way to end the term! 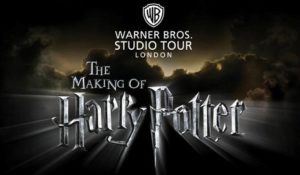