Fundraising in Memory of Emily

Former Newman student Emily Hanigan is taking on the challenge of a lifetime to raise money for Meningitis Now. Emily, who attended Newman from 2016 – 2018 studying Sociology, Chemistry and English Combined, will be walking 25km through the Peak District to raise both money and awareness for the charity which is close to her heart.

In 2017, one of Emily’s closet friends and another former Newman student Emily Alker, sadly passed away after contracting bacterial meningitis. This devastating loss has spurred Emily on to try to raise awareness and funding for Meningitis Now, who not only support those who have been affected by meningitis, but also fund vital research.

Emily says: “At the time there was a lot of issues in relation to vaccinations and many high schools took the advice to issue the vaccinations to certain year groups, with many year groups missing out! This meant that many people our age did not receive the vaccination and were also not aware that we needed to. Meningitis Now raises awareness in relation to meningitis and helps support both survivors of meningitis and the families of those who have suffered, whilst also raising awareness of the symptoms and need for vaccinations. As this year would have been Emily’s 20th Birthday, I wanted to push myself out of my comfort zone and do something to test my limits in Em’s memory.”

If you would like to find out more or donate to Emily’s fundraising page here https://www.justgiving.com/fundraising/emilyrachelalker 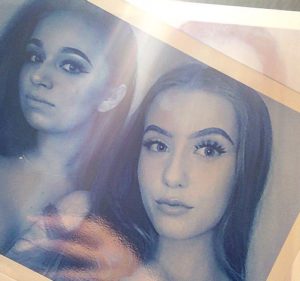