Former Student Takes on The Voice!

Former Newman student Hayley Eccles, will be appearing on ITV’s The Voice this weekend as she moves through to the latest round of the TV singing competition. Having already made it through the blind auditions and the ‘battle’, where two contestants perform a ‘sing off’ against each other to win a place in the next round, Hayley will now be performing on Saturday 11th March hoping to win a place in the live shows.

Hayley attended All Hallows, before coming to Cardinal Newman between 2010-2012 to study a BTEC in Performing Arts. Performing Arts teacher, Lee Johnson said: “Hayley has got a cracking voice and has done so well to get this far in the competition. We wish her the best of luck for Saturday night and with her singing career!”

Hayley first appeared on The Voice a few weeks ago for the blind auditions, when Will.i.am pressed his buzzer and turned for her, sending her through to the next round. Since then, Hayley has experienced a taste of the limelight, appearing on ITV’s morning show, Lorraine and also in the national newspapers. Saturday night will see Hayley taking on the latest challenge as she will be singing live on the hit ITV show, hoping to win the public over to secure her place in the live shows.

Best of luck Hayley from all at Cardinal Newman! 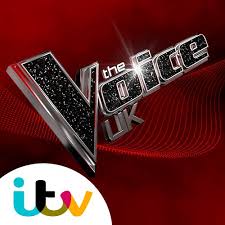