Tuesday 27th January 2015, marked the 70th anniversary of the liberation of Auschwitz; yesterday in college we were lucky enough to have Joanna Millan, a Holocaust survivor, come in to talk to our AS Religious Studies students about her experiences, including her liberation from Theresienstadt, a Jewish concentration camp in Czechoslovakia, where she had been from a very young age.

Joanna, real name Bela Rosenthal, shared her amazing account of self-discovery after being adopted by an English Jewish couple after being brought to the UK in 1945 and how at first, for many years, she was encouraged to hide who she really was and what she’d been through. It wasn’t till later in life that she decided to research her roots and where she was really from, thus finding out what had happened to her mother and father as well as locating other long lost family all over the world.

Born August 1942 in Berlin, Germany Bela and her mother were later taken from their home and sent to the Theresienstadt ghetto. In 1944 when Bela was two, her mother contracted TB, leaving Bela orphaned and alone in the camp. Some of the women working in the kitchens would take food to the orphans. On 3rd May 1945, the Red Cross took over control of the camp and Bela was liberated by the Russians.

Her story is very poignant and is an excellent tool to enable students to better understand the nature of the Holocaust and to explore its lessons in more depth. Charlotte Davidson, Head of Religious Studies, explains how Joanna’s visit is beneficial to the students, “The RS department was very grateful to Joanna Millan for making the visit to speak to our AS students. As well as being fascinated by her story of survival, her message of learning the lessons of prejudice was a powerful one for our students; her thoughts on human responsibility for the Holocaust have already sparked discussion and debate on our current topic of ‘The Problem of Evil’.”

On behalf of everyone at Cardinal Newman College we would like to thank Joanna for giving up her time to talk to our student and staff, and to The Holocaust Educational Trust for helping to organise. 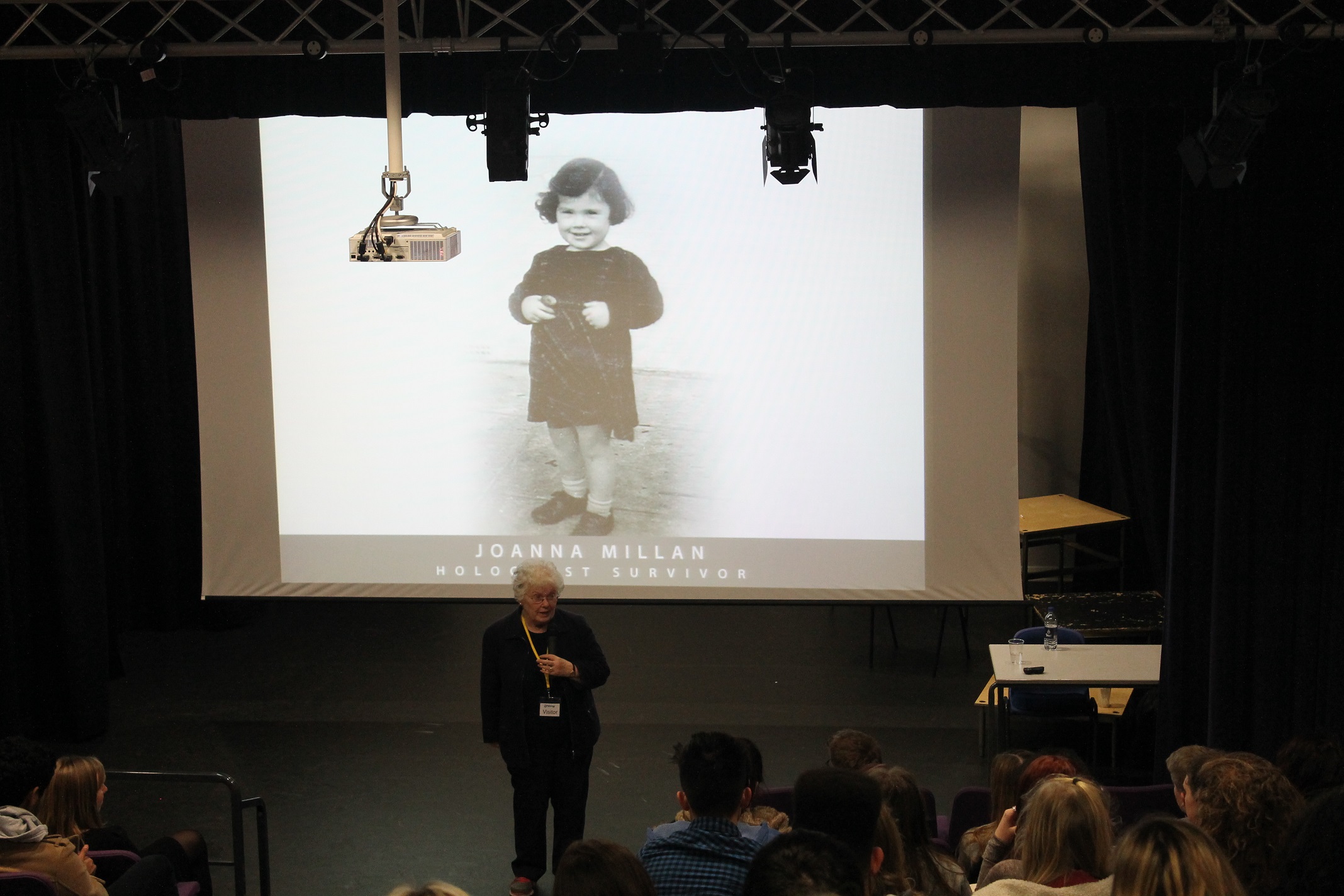 Joanna talking to our students about her experiences, followed by a Q&A. 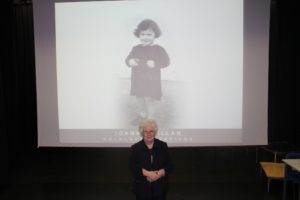