This month the Government released its league tables, showing how Schools and Colleges across the country are performing. Cardinal Newman College is delighted to be confirmed as the top performing Sixth Form College in the North West and in the top 10 Sixth Form College’s nationally.

The Department for Education League (DfE) tables, which are published in January each year look at the progress or value added of an institution and it is on this measure that Cardinal Newman excels. We feel this is the most important measure of success, as it looks at the GCSE results each student arrives with and the A-Level results they leave with, measuring the distance travelled, so it is a true reflection of the progress that they have made during their time here. However, it is not just value added that we score highly on. Cardinal Newman College is also the top Sixth Form College in the North West based on A-Level Attainment, with a score that outstrips all our local rivals.

Cardinal Newman College Deputy Principal Paul Vaughan said: “We are thrilled to see that the Department for Education League tables have confirmed our position as the top Sixth Form College in the North West. As always, we believe that value added is the best measure of performance for both students and the College itself, but we are extremely proud that our students progress has also led to us topping the tables for attainment too. Such a lot of hard work from staff and students goes into these results, so it is a testament to that, well done one and all!”

For more information about our league table position and how we compare, see our League Tables 2020 page. 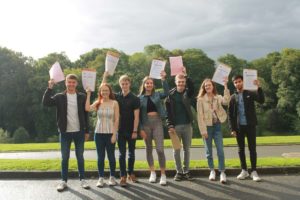