The Education Secretary, who was attending the event to give a speech, acknowledged the impact of the #RaiseTheRate campaign which aims to secure more investment and funding for 16 – 18 education. As part of his speech, he praised Cardinal Newman College, talking about the College’s partnership with Lancaster University, which has seen them working together to open the Lancaster University School of Maths. The 16-18 Maths School aims to bring together the most talented mathematicians from across Lancashire at a regional centre of excellence in the heart of Preston.

He went on to also praise the launch of the College’s Maths Hub, Abacus North West which “supports the continuous improvement of maths education for young people of all ages”. He praised the College’s innovative approach and commitment to raising standards and education in the wider community.

Launched in September, Abacus North West brings together maths professionals in a collaborative network, led by Cardinal Newman College and Our Lady’s Catholic High School. Working with schools and colleges across Blackburn with Darwen, Blackpool and Lancashire, the aim is to deliver high quality, funded continuous professional development through a programme of projects in order to develop and embed excellent practice for the benefit of all students.

Cardinal Newman College Principal Nick Burnham, who is also SFCA Chair, said: “We are delighted to have had our hard work and dedication to Sixth Form College education recognised by the Education Secretary. We are also pleased to hear that he wants to work to support the SFCA in increasing the investment into our hugely important sector of education.” 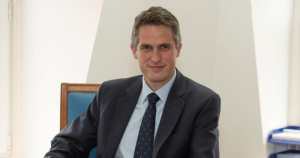