Clara, who studies Geography, Maths, Music and Physics A Levels at the College, will be part of the first ever junior band to be given the chance to play as part of this Christmas special. Clara has been playing the trombone with the Salvation Army for seven years and found out about the amazing opportunity when a mysterious envelope was waiting for her on her music stand when she arrived for her rehearsals. As the band is going to be made up of Salvation Army Youth band members from across the North West, Clara was selected to appear in the live broadcast on Thursday 14th December.

She says: “It’s quite daunting because if I play something wrong, it can’t be edited out, but overall I’m excited for the experience and I think it will be lots of fun!” 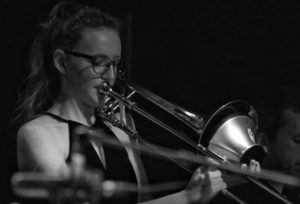