Ryan Hamilton, who teaches Business Studies at College, plays as part of a duo in his spare time, with fellow musician Craig Payne. Inspired by a need to help families struggling with affording to feed their children, Ryan decided to try to organise something to help.

Ordinarily, Ryan would use his skills as a musician to organise a concert to raise money, but as that wasn’t an option at the moment, he had to think a little more outside the box. Ryan said: “I was throwing some ideas around with (bandmate) Craig and friend Sarah Hanson, who had recently helped organise the Harris ‘Stream to the Streets’ shows and we came up with the idea for an online charity album where artists/bands would submit music and then the proceeds would go to local food banks.”

Once they had an idea in place, Ryan began contacting musician friends to ask them if they would like to be involved. Currently, he has just over 50 bands who have offered their services for the cause, and it quickly went from Ryan contacting musicians, to them getting in touch with him. Ryan says: “The thing I’ve found is that it’s the musicians who have the least – they are all suffering at the moment due to not being able to work – who are the most generous with their art and time.”

The group have also managed to get some bigger, more well-known local bands onboard, such as the Lancashire Hotpots and Boothby Graffoe, who have all committed to contributing to the album.

The first song to be picked for the album is ‘Kids Today’ by Preston based 1960s band Dennis Delight, which is just the start of this really eclectic collaboration. The album is due to be launched on 4th December and hopes to raise much-needed funds to support local food banks that are providing vital support to increasing numbers of people and families at the moment. All proceeds from the downloads of the album will be donated to The Trussell Trust, who support a nationwide network of food banks which provide emergency food and support to people locked in poverty.

For more details about the initiative and how you can get a copy, please visit >> https://www.facebook.com/bestbefore2020 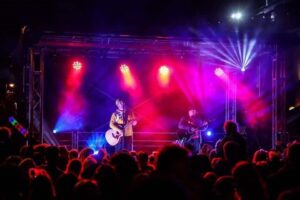