Year 13 students, Katie Brannigan (Rossall School) and Holly Rawcliffe (St Bedes High School, Lytham), are no doubt celebrating as they have both secured top scholarships to colleges in USA.

Both girls are keen Football players, or as the US call it Soccer, and have been playing since primary school age. After speaking to both girls their stories of how they came to be on these scholarships are fairly similar, as both have had it in their minds from an early age that they wanted to go over to the US to play women’s football; largely due to the popularity of the sport over there.

Katie says, “I’d always wanted to study in America and with women’s football being so much bigger over there; I saw this as my way to being able to pursue this.” Whilst there Katie will study a degree in Film & Media with Creative Writing which she hopes will lead to job prospects in the film industry of America.

Having played the sport from a young age Katie has several club accolades under her belt including Blackpool, Blackburn Rovers’ Girls Centre of Excellence and currently she plays as part of Everton’s under 21 women’s team.

The process of getting the Scholarship has been a long one according to Katie, “We, my mum and I, did a lot of research over the years about the best way to go about getting a scholarship to America and Pass4Soccer seemed to us to be the best way of going about it.”

As part of the process Katie had to get together a lot of footage of herself playing which was created into a montage to be put on to the Pass4Soccer website ready for potential coaches all over the US to view. She then took part in a showcase in London where scouts for the colleges come to view the potential scholars. It was here that Katie was spotted, even without the college seeing her video online. From there, there was a lot of back and forth over email and Skype to determine Katie’s place. She now has a place at Lafayette College in Easton, Pennsylvania which is about 50 miles from New York.

In a similar way to Katie she got herself onto a website that helps put girls in touch with coaches at the colleges in America. Holly chose Soccer Smart through a recommendation from her captain at PNE, Laura Walker, who put her in touch with a consultant at the agency. From there she worked with them to put her profile together including a video montage that highlighted her skills.

Holly was picked by a coach at Limestone College based in South Carolina and will study a general Physical Education degree alongside playing football for their team. “I head out there at the beginning of August and will have to do strength and conditioning for a couple of weeks before starting the season in mid-August. The season runs to the end of November and during that time I will play in the Carolina’s Conference, followed by the Nationals if we do well.”

Both girls will be over in America doing their degrees and playing for their soccer teams for four years. It is an amazing opportunity and the girls have both shown where true determination to follow your dreams can take you. We are very proud of them and wish them every success in their futures in the USA! 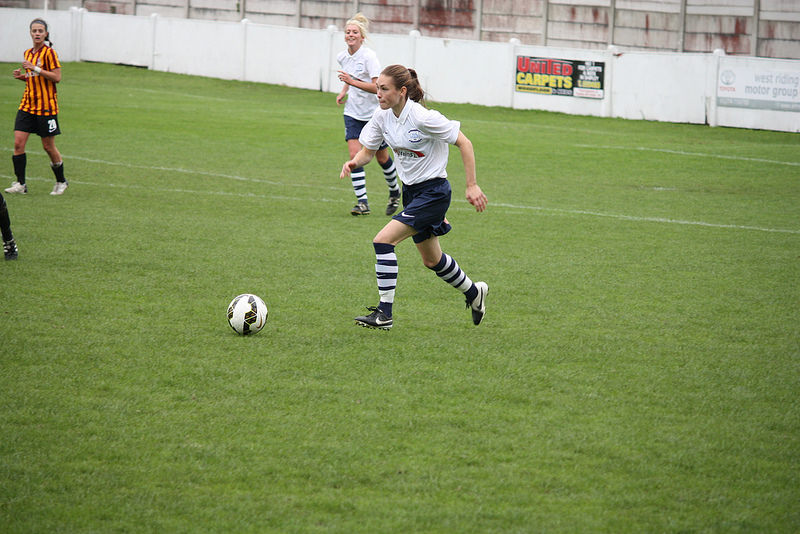 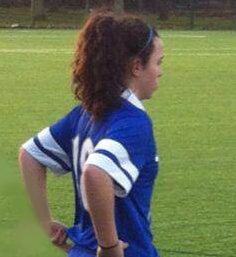