Kate Collins left Cardinal Newman in 1993 headed for the University of Leeds to study History. After graduating in 1996, she went into junior Marketing roles in a variety of colleges and universities, before landing her first job at a charity, working as the Marketing Manager for BBC Children in Need in 1999. Kate said: “Working for the BBC was a superb way of learning more and developing at the same time. I did my professional diploma in marketing with the CIM (Chartered Institute of Marketing) whilst I was working.” After three years at Children in Need, Kate moved to Cancer Research UK where she worked for six years in a variety of different leadership roles, before being given the opportunity to move back to the north to lead the Regional Fundraising Team for The Teenage Cancer Trust.

During her eight years at the Teenage Cancer Trust, Kate has had a variety of roles and is now the Director of Fundraising & Marketing. Kate said: “It’s a wonderful place to work – the chance to make a difference to the lives of young people with cancer, in an organisation that packs a punch but is also small enough to move quickly, is so rewarding.  I also work with great people who inspire me every day – the team is packed with people who have lots of commitment and great senses of fun – you never know quite what will happen next!”

As part of this role, Kate is responsible for ensuring that the charity raises at least £15 million per year, to make sure that young people don’t face cancer alone. Their aim is that every young person who is diagnosed with cancer is able to access a Teenage Cancer Trust nurse, so much of Kate’s role is focused on strategies to ensure that their income is raised to £20million so that this can become a reality.

Speaking about her time at Cardinal Newman, Kate said: “I remember my time at Cardinal Newman with a lot of affection – I came out of my shell and found my feet.  Going from a pretty shy 16-year-old to an 18-year-old who was able to be much more confident, as well as being able to achieve my academic potential! Sitting on the hill with friends is a residual memory for me – as I bet it is for most alums! I also owe a lot of my confidence to getting involved with the theatre group which was called Limelights.  I do a lot of presenting and public speaking in my current job and I’m sure Limelights helped me with this!” 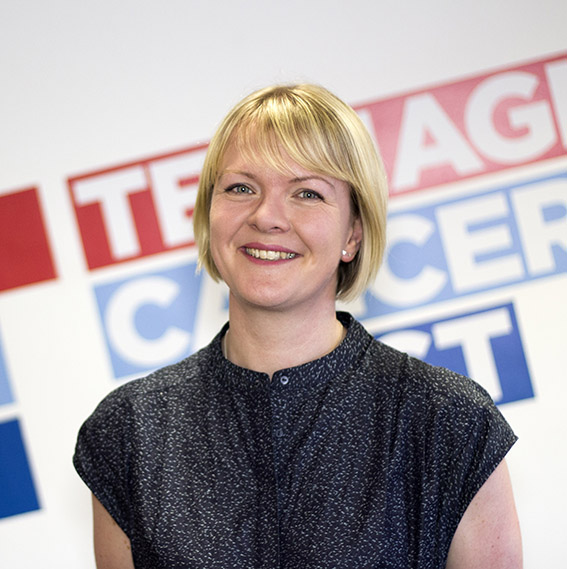