The present Cardinal Newman College site was formerly the home of Lark Hill Convent School, from its early beginnings in 1861 until its closure in 1978. The school was run by the F.C.J. Order of religious sisters (Faithful Companions of Jesus) who set up a convent in Lark Hill House after purchasing it from the Horrockses, one of the great pioneering industrialist families in Preston.

Through those 117 years, thousands of local girls were educated at the school. It provided a Catholic education for girls between the ages of 4 and 18. The Lark Hill Association, of which all former pupils are members, continues today to keep memories and friendships alive and also maintains links with Catholic education in the town.

An Association Day reunion is held every June in Cardinal Newman College, with the kind permission of the Principal. Mass is celebrated in the Chapel, which still reflects the style of the original Convent Chapel but is now in the heart of the modern day College buildings. Mass is followed by an A.G.M. and an enjoyable afternoon spent reminiscing and catching up with old friends. 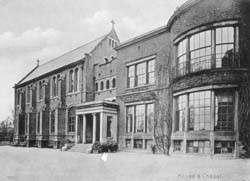 Most importantly, the Lark Hill Association offers bursaries each year to students from Cardinal Newman College who are volunteering as helpers on pilgrimage to Lourdes. In this way, the former pupils of Lark Hill Convent are able to support and encourage today’s young people in demonstrating their Catholic faith.

If you would like to learn more about the Lark Hill Association, please contact Pauline Noblet (Secretary) at pno.teresa@sky.com.

A fascinating book entitled ‘The History of Lark Hill, Preston, 1797-1989’ by Margaret Burscough, a former Lark Hill Convent girl, can be purchased on Amazon. Copies are also available from the Cardinal Newman College Office. 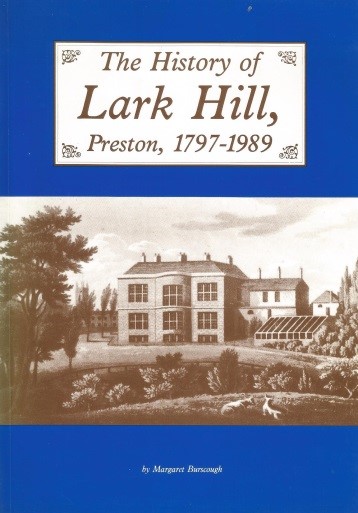